The Marengo Park District parallels the city boundaries and is funded by tax dollars and developer donations.

Indian Oaks Park is a 140-acre park on the west side of Marengo. Facilities include a modern nature center with meeting and activity rooms, nature trail, tennis courts, baseball diamonds, soccer fields, volleyball pits and playground equipment. The Nature Center is also the home of the Park District offices. A community swimming pool located in the center of the park opened in June 1997.

Indian Oaks is also home to Farm League baseball, district camps and programs and the Marengo Summerfest Independence Day celebration. Residents may reserve the park’s shelters and other facilities by calling 568-5126.

Calvin Spencer Park is a scenic city park on Taylor Street in Marengo. This picturesque park boasts a charming gazebo bandstand which hosts the Summer with the Arts Tuesday evening concerts.

Check with the Marengo Park District for the 2004 Summer Concert schedule, then bring your lawn chair and a friend to enjoy an evening of music under the stars.

The Village of Union is home to two wonderful parks. Veterans Park, nestled between Main Street, Park Street and O’Cock Road, provides a convenient location for the Union Fireman’s Carnival and other annual events. The Village Hall is located at the north end of the park, complete with a community meeting area and also houses the Union Police Department.

Siems Memorial Park is a gem of a park on Highbridge Road, just east of the Village limits. Donated to the public by the Siems family, the park features picnic shelters, tables and beautiful vistas in all directions. 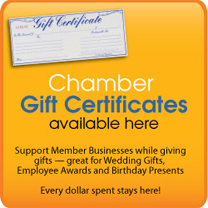